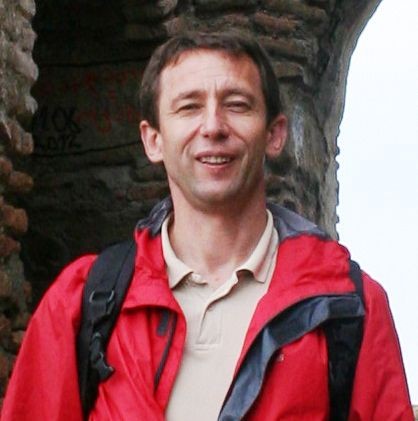 Ihor is the founder and the Head of the Board of the Centre for Cultural Management (Lviv, Ukraine). Since 2007 he initiates and coordinates activities that catalyze positive cultural change in Ukraine on the individual, organizational and societal levels and in the public, private and civic sectors.

WHAT ARE THE IMPORTANT DEVELOPMENTS IN SOCIETY IN THE NEAR FUTURE IN YOUR COUNTRY IN YOUR OPINION THAT WILL HAVE AN INFLUENCE ON THE CULTURAL SCENE?
These days Ukrainian society goes through tremendous political and cultural changes. The massive pro-EU protests in the country have catalyzed civil society’s engagement in all aspects of the community life, and this way they have also introduced the beginning of the new culture of Ukrainian citizenship.

The most significant cultural change that will, hopefully, influence all spheres of life is that Ukrainians do not rely on politicians any longer, as they have used to do until recently, and that the predominant majority of people have become penetrated by and devoted to the developments in their country.

Within the very short time since the beginning of the pro-EU protests started in November 2013, the widely articulated need for new democratic values gradually becomes the shared reality in the country and the new culture of responsible citizenship is being widely practiced.

The intention to build the value led society has increased the role of cultural workers as values are formed by traditions and culture. The commonly acknowledged need for the new cultural and behavioural patterns in the society has already united many creative minds and policy makers in the country around the idea to elaborate the modern national cultural policy that would support the aspirations of the nowadays society. There is much hope that it will happen, as many of those who work in cultural sector have changed their perspective from what the society can do for cultural sector to what culture can do for the Ukrainian society.

I would not like to idealize the developments in the country, as there are also many people who either resist the democratic changes in the country or are passively scared by the developments. Many of them are also working in cultural sector. Specifically, I would mention the old generation of cultural institutions directors who have neither the adequate skills to operate in the new realities not the passion to manage their institutions in an innovate and creative way.

The increased expectations from cultural sector and the budget restrains will mean that cultural institutions will have to do more with the smaller budget. These circumstances will make them to improve their strategic planning and to increase the quality of their work in order to attract new audiences and to generate the additional income.

Still it’s impossible to predict the developments in the country as the situation on the eastern border of the country changes each day and it will definitely influence the development of cultural sector as well. Once things settle and the country returns to its normal life, I believe cultural institutions will be largely engaged in the internal cultural diplomacy initiating activities that can reconcile people, prevent conflicts, build trust and understanding.

WHICH ROLE PLAY THE POLICY MAKERS IN YOUR CITY | COUNTRY IN RELATION TO CULTURAL DEVELOPMENT?
I would say cultural developments in the country on all levels happen sporadically and without any predefined policy. The best and most innovative cultural activities are initiated mainly by independent individuals and independent organisations.

Unfortunately, there is no cultural policy either on the national or on the local levels. Cultural authorities, who are expected to take the leadership in policy making, have neither the adequate knowledge to do it, nor the passion to initiate it. In most cases they have obeyed with their role to be the servants and PR agents to the more important politicians and bureaucrats. They have limited their role to the distribution of the budget – allocated from above – among cultural institutions, and to the control and punishment activities. And even these things they do very badly.

There is high demand for the wide, well-balanced and strategic cultural policies and there are even people who know how to do it and who want to do it. Until now their knowledge and passion were not needed, ignored or contested by people and institutions responsible for policy making, but hopefully with the recent developments in the country the situation will start to change.

IF YOU LOOK AT YOUR COUNTRY OR YOUR CITY: WHICH ARE THE BIGGEST TOPICS THAT YOU SEE IN THE FIELD OF CULTURAL MANAGEMENT?
I think the biggest topic and the task for cultural managers in my country is to help those who work in cultural sector, and for those who do not, to understand that culture is not merely limited to arts and leisure, but that it is something very important that defines the way the society lives in all its forms, aspects and dimensions.

The big achievement is that the topic of values has now been brought to public discussions and is seen by many people as the key to the future development of the country.

Still much to be done to convince politicians that the values topic should not be only exploited for their ideological purposes, but it should be also supported financially. These are the long-term investments that may not find understanding in the, unfortunately, predominant majority of the short-minded politicians. Many of them will not support, for example, the idea to shift some budget from the extremely rich Ministry of Interiors to the poor Ministry of Culture in order to enable the later to initiate activities being able to nourish values of tolerance, mutual respect, secure environment, etc. in the society, that would have had much better and long lasting effect. It’s also a big question whether the Ministry of Culture sees themselves and cultural sector at large beyond the Arts and celebrations.

The other big topic I would like to point out is the need for vocational training, and especially for the directors of cultural institutions. Cultural sector develops much faster than the curricula in the Universities, and University graduates quite often are not equipped with the adequate knowledge to work successfully on cultural market. New ways of partnership between Universities and vocational training centres are required to give students the sector specific knowledge to keep them employed in the sector and not to look for the job in other sectors.