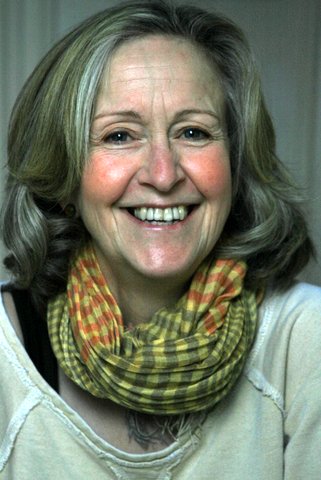 Kategorie: Kulturvermittlung In praise of the small and wise… 01.09.2014

In his 2007 essay, Graham Leicester wrote this prescient statement:

We are living through a time of fundamental cultural transformation. Familiar cultural and social norms are in flux. This is not only an age of change but a change of age… . In order to thrive in this challenging environment, we need to develop a higher tolerance for complexity, uncertainty and not-knowing… .The most promising settings to gain such experience are in the arts and cultural sector (2007: 3)

In the intervening years, we have come to appreciate the realities of the ‘cultural change’ he alludes to.

So, where does the cultural manager locate herself and make sense of what she does when so many things – the role cultural institutions, established cultural practices, traditional notions of authority and expertise, the language we use to talk about what we do, and the purpose and future viability of public funding for culture – are being thrown up in the air, with no guarantee of what is going to land in their place?

Attention here focuses on the role of the cultural manager as change agent in times of cultural transformation.  The associated writing explores the contribution that cultural managers can make to a re-alignment of the relationship between culture, politics and the public in order to build greater legitimacy with citizens (Holden, 2006). It sees cultural managers and organisations as exemplars of the kind of 21st century people, creative adhocracies and cultural leadership that are needed to thrive in powerful times (Leicester, 2007).  And it calls for cultural management to extend beyond the stewardship of practices, organisations and domains to include advocacy for a ‘vibrant expressive life’ as a public good within a democracy (Ivey, cited in Jones, 2009).

The global financial crisis of 2008 has given added impetus to these discussions, and the call for new business and finance models, increased collaboration and partnership, and more diversity and resilience within the cultural sector is clearly articulated (Holden et al., 2009, Wright et al., 2013; Foster, 2011; www.missionmodelsmoney.org.uk)

Within this context, a spotlight is now focused on the viability of late-stage capitalist notions of ‘growth’ and what the broader economy can learn from the ‘Cinderella economy’ (Jackson, 2012) and working practices of micro-scale cultural and creative enterprises (Dodds, 2014). We’ve always known that tiny arts organisations (which, for example, comprise 85% of cultural and creative organisations in the UK http://ccskills.org.uk/) have a disproportionate impact on artistic development. Managerially, however, they’ve been systematically downgraded, marginalised and ignored in favour of the corporate and the large. Could it be that in this sense, too, the rising tide of pebbles is challenging the dominance of the boulders (Leadbeater, 2009)?

Summerton makes the case for balancing the vast array of publicly available ideas and theories of management in general and cultural management in particular, with our grassroots, experiential knowledge.

Across our field there is considerable competence and expertise. There are logics and coherence as well as observable patterns. But we have not yet had the time, inclination or the opportunity to shift this wisdom from its primarily tacit, unwritten or unarticulated state (2010: 118)

Over the past forty years, cultural management, as a field of enquiry, has concentrated in the main on what Aristotle called episteme (theoretical knowledge) and techne (replicable skills) and the relationship between the two. Maybe now is the time to tap into and validate a third way of knowing – our phronesis, or practical wisdom?

In a 2007 article on leadership, Grint describes practical wisdom as indeterminate, because it is exercised in a world of ‘uncertainty and ambiguity’. It is concerned with establishing the collective ‘good’ in a particular context and situation and ‘stitching together whatever is at hand…to ensure practical success.’ It is also about addressing four elemental questions: where are we going; is this desirable; what should be done; who gains and who loses? (Op cit.: 237).  To lots of cultural managers (particularly those working at small scale) this would not seem strange or unusual; it is part and parcel of what they do; it is also not far removed from the ways in which their artist colleagues work.  And arguably it’s what we all need in circumstances where established ideas and existing skills don’t necessarily help us; in times when – to return to Leicester – ‘familiar cultural and social norms are in flux’…like now.

Summerton (2010: 115) suggests that practical wisdom is best captured and passed on through ‘narratives of experience, reflection and – perhaps most importantly, through dialogue’. To this I would add that the wisdom of the micro-scale merits particular attention. It is no longer the case (if it ever was) that big is always best; something that the small should aspire to, seek to emulate, or be judged against.

So, in praise of the small and wise, happy anniversary Kulturkonzepte. You may not be big in terms of employee numbers, but you have had a disproportionate impact on learning, development and dialogue in the cultural management field over the past ten and twenty years. Here’s to your next decade at the forefront of our vibrant field!

Leadbeater, C. (2009) The Art of With (essay delivered at Cornerhouse, Manchester)